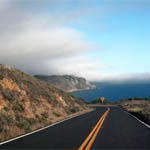 A new law that bans smoking in vehicles that are carrying anyone under the age of 18 comes into force today throughout England and Wales. The new law means that drivers and passengers who break the law could face a penalty fine of £50.

The ban has been hailed as a ‘landmark’ victory by Professor Dame Sally Davies who said “Smoking just a single cigarette in a vehicle exposes children to high levels of air pollutants and cancer-causing chemicals like arsenic, formaldehyde and tar, and people often wrongly assume that opening a window, or letting in fresh air, will lessen the damage.

“I hope that all smokers, but particularly drivers and parents, will use the change in law as an opportunity to take the first steps towards quitting.”

Children are more susceptible to the effects of secondhand smoke as their respiratory systems and immune systems are still developing and secondhand smoke contains 4,000 chemicals (50 of which can cause cancer).

Mark Drakeford, Minister for Health and Social Services, said “This change in the law is about protecting those children and young people who have no choice but to inhale the second-hand smoke of others. When people decide to light-up while children are in the car with them they risk the lives of those young people.

“Second-hand tobacco smoke is linked to a range of potentially fatal conditions, including the likes of sudden infant death syndrome, lung infections and asthma.”

The Scottish Parliament is expected to consider bringing in its own law banning smoking in cars carrying children next year.

Can't Talk Now? Leave your number and we'll call you.

Authorised and regulated by the Solicitors Regulation Authority (203739)